Your OAM Board of Directors

Tom Lavin is the most senior optician on the board of directors and has served as Treasurer for several years. After graduating in the 3rd class of ophthalmic dispensing at Worcester Industrial Technical Institute, he went to work for Irving B. Smith in Worcester, and soon became assistant treasurer to our organization, which was then known as MARDO. Tom had to wait 18 months after graduation to become old enough to hold his optician license. Tom eventually bought the I.B. Smith practice, and has been on the OAM board continuously since he graduated. His longevity in the optical industry allows him to serve as advisor to the optical history committee on the board. He lives in Worcester and has two grown children and three grandchildren

Executive Director of the Opticians Association of Massachusetts

George Bourque Jr. ABO-AC, NCLE, RDO has been an Optician since 1999. He is the owner of an independent Optical practice, and is an adjunct professor at Benjamin Franklin Institute of Technology where he is the Lab Director. He is a second generation Optician. He believes strongly in education, and works hard to promote Opticianry as a career path for high school students. George lives in West Boylston with his wife Lisa.


Get to know the entire Board of Directors 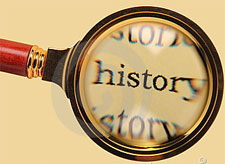 The association adopted a slightly different name in the 1970s when larger optical companies began to flourish and the membership represented both, independent opticians as well as opticians who were employed by optical conglomerate businesses. The new association name involved changing the word "Retail" to "Registered", thus allowing the MARDO acronym to remain unchanged.